Cloud computing seems to be one of the latest fads of the tech world today. “Cloud” is certainly a known cliché standing as the metaphor for internet but the thing gets tad complex while attached to computing. Some of the vendors & analysts tend to explain the cloud computing as some updated version for utility computing: virtual servers viable over internet. Some others point to anything consumed outside firewall as “in cloud” which includes conventional outsourcing as well. END_OF_DOCUMENT_TOKEN_TO_BE_REPLACED 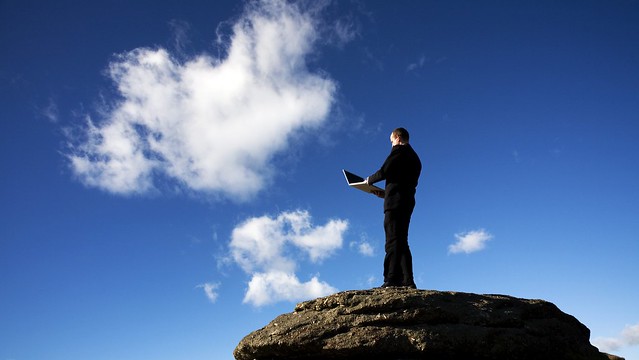 Enter the cloud. At this point, the general public has been thoroughly educated on its uses and benefits thanks to its seamless integration with mobile devices and digital platforms. However, while consumers are enjoying cloud-enabled apps like Spotify and Google Apps, it’s the businesses that have truly been reaping the benefits. According to IBM, companies that adopt competitive cloud technologies are doubling in revenue growth when compared to others that are behind the curve. Now passed its infancy stage; the future is bright for the cloud. Here’s what we can expect from cloud technology in 2014 and beyond. END_OF_DOCUMENT_TOKEN_TO_BE_REPLACED

No business gets to be big and successful without overcoming a numerous challenges along the way.

Some of these challenges might seem so complicated that the mere thought of them brings you out in a cold sweat. However, the most common ones can be resolved painlessly with a bit of planning and a bit of IT expertise. END_OF_DOCUMENT_TOKEN_TO_BE_REPLACED

How to Improve WordPress Security?

Running an Accessibility Audit on Your E-commerce Shop

What Are The Benefits Of Magento 2 Out-of-Stock And Back-in-Stock Features?

Pomodoro Timer: The Perfect Way to Keep Your Desk Clean!

Guide to Creating a Product Buying Guide for Your eCommerce Website

5 Time-Tested Tactics to Boost Sales for Your Ecommerce Business